UFC266 Pick of the Prelims and Predictions

A fighter looking to rebound versus a fighter on a hellish decision streak. The matchup makers seem to be looking for a way to legitimize Dvalishvili as a top contender now that he has broken the top 15. Marlon Moraes was used as a cornerstone for the Sandhagen and Font pushes while also being used to legitimize the new Aldo as a bantamweight. Now ranked sixth Moraes still carries elite recognition with his name, unfortunately with his last 4 performances his shine has worn away and his opponents have taken with them what he lost.

Dvalishvili is averaging over 7 takedowns a fight through his 8 fight UFC career. Despite Moraes having faced former Champion Cejudo, he has not had someone try to put a wrestling clinic on him the way Merab does. Dvalishvili has never had a fight end within the distance, even his controversial TKO loss to Ricky Simon came at the 15-minute mark after the fight had ended.

The fight should go one of two ways, either Dvalishvili dominates to UD victory, or he gets put away early by what would be a resurgent performance by the former title contender. 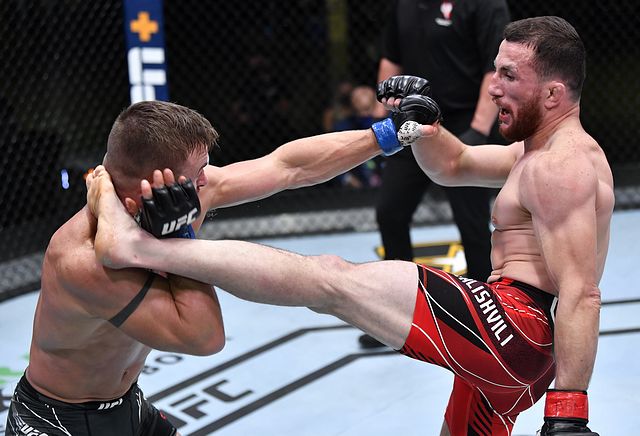 Undefeated 6-0 23-year-old Nick Maximov was getting thrown into the middle of the pool with his debut match up against seasoned veteran Karl Roberson, but as of Wednesday night the fight was called off. Instead Maximov will be facing another debutant in Cody Brundage, who like Maximov is a DWCS alum. Brundage may not be the threat on the feet that Roberson was, but he should be better able to match Maximovs Jiu-Jitsu game. Maximov is undoubtedly the UFC’s guy, but Brundage should be a better matchup considering his recent performance against a solid submission specialist in Joseph Kropschot, in which he submitted his opponent with an arm triangle.

Maximov was able to maintain over 11 minutes of control in his short notice heavyweight bout on the DWCS in late 2020. And that is without a doubt the area where he will want to take Brundage for as much time of there scheduled 15 minutes as possible.

Brundage ended the first 3 fights of his career with punches before being able to round out his game better, but we should see him returning to that gameplan. In his fight against William Knight, Brundage set a pace of nearly 8 significant strikes per minute, while coming out on the losing end Maximov is not Knight. Maximov should be open to getting hit at a similar rate while not offering many counter threats on the feet. 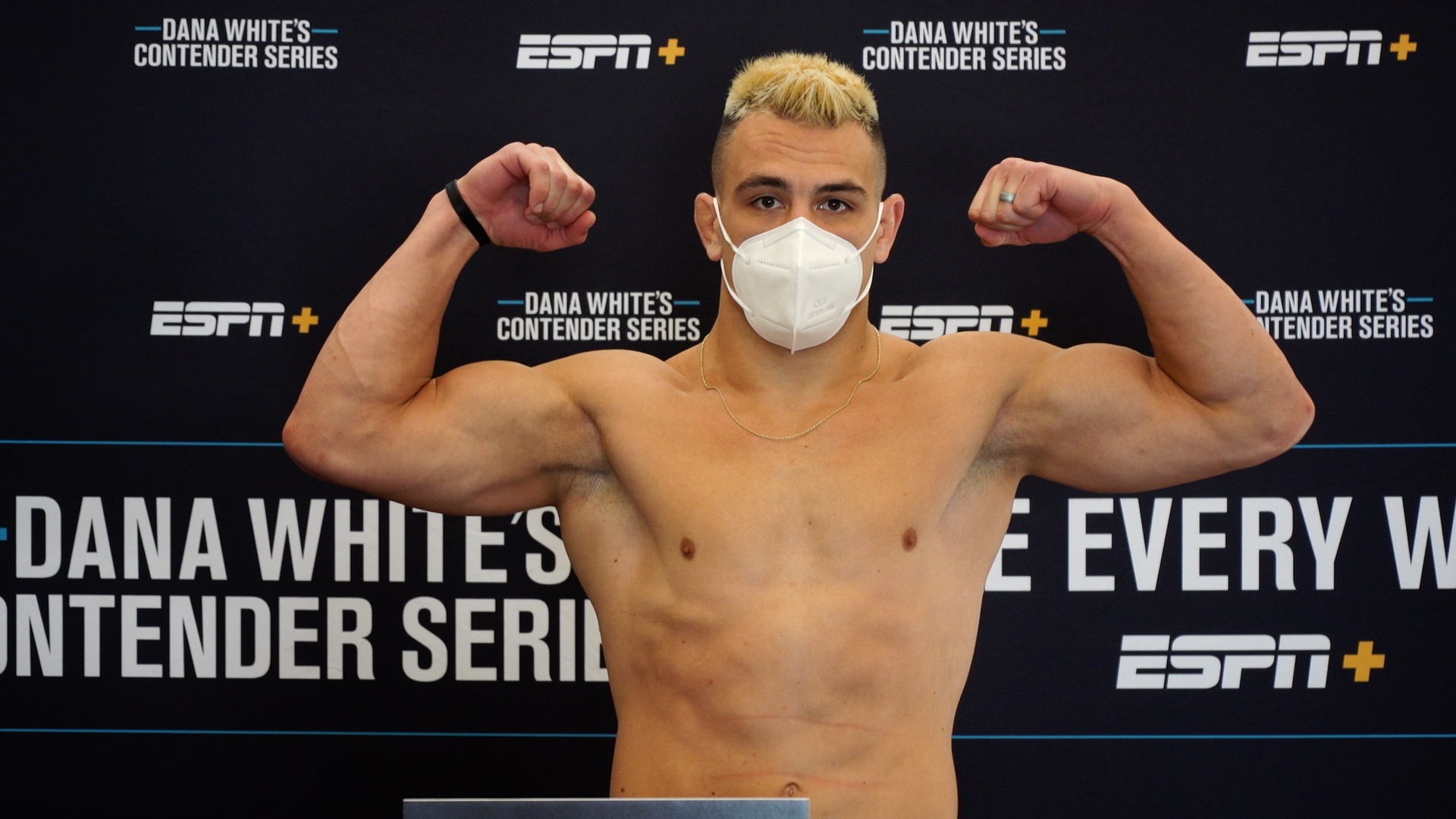 A fight setting up to be fight of the night is this lightweight bout between the eighth ranked Hooker and unranked Haqparast. It is the biggest opportunity in Haqparasts career by a long shot, unfortunately for him even a strong performance culminating in a win probably would not put him in the top 15. But outside of the rankings conversation these two are very similar statistically. Both have high outputs in the standup, but the edge should go to Nasrat considering his 74% strike defense and his 5.8 significant strikes per minute. These are both higher than Hookers 51% and 5 SLpM respectively.

Hooker will always have a chance to drag the fight into a messy midrange zone where his looping shots can do the most damage. On the feet that is where he should stay, where he can put the pace back onto Haqparast without getting picked apart.

I suspect that Dan Hookers granite chin is showing its ware, the reinforcement has rusted out and it is now being broken down by the hellish environment that is the lightweight division. Chandler dropped Hooker with a left from southpaw and that’s what Nasrat is going to bombing all fight.

Another fight between two Contender Series Alums on the Prelims is between two unranked lightweights, Uros Medic(7-0) and Jalin Turner(10-5).

Medic has been a monster in his extremely short time in the UFC, averaging just under 20 significant strikes landed per minute. His landed to absorbed rate of 19.91 to 0.52 is otherworldly when compared with Turners 6.20 to 4.37. Turner does have 5 times the UFC experience but when he has fought slightly better than average fighters he has been bested. His losses to now #4 ranked welterweight contender Vincente Luque and unranked lightweight wild man Matt Frevola showed that if either his opponents don’t fight him scared of his reach or if they can drag him the distance, he is not the beast his measurements should make him for the lightweight division.

Those just looking at the measurements of these two would think Turner has the advantage in striking but Medic has been able to beat his last 2 opponents handily in the striking despite being out reached by 3 and 7 inches.

Neither fighter has made a case to be pushed into the rankings to this point in their careers but this weekend at UFC 266 they will have the opportunity. I have no prediction for this fight, but it is certainly one to watch in arguably the organizations deepest division.

UFC266 Pick of the Prelims and Predictions